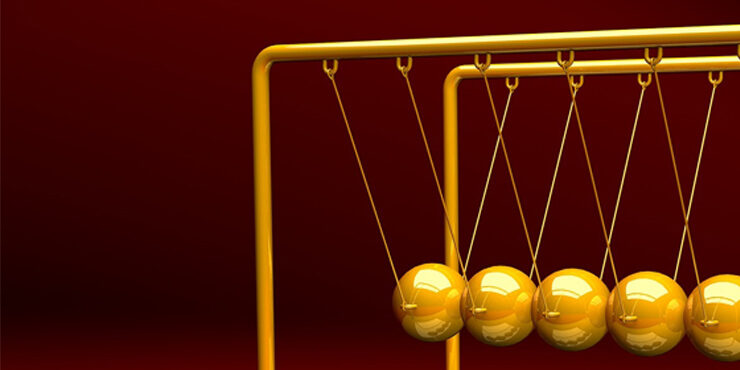 Global expansion continues, but growth prospects have weakened and are more dispersed. Uncertainty derived from trade and geopolitical disputes resulted in reduced growth forecasts for the main regions. Thus, the euro area economy continues to grow, but at a slower pace, due to the fall in industrial production in Germany in the last few months, among other reasons. Economic results are being confronted with increased risks, such as Brexit and the effect of growing protectionism.

Because of both lower expected growth and inflation, monetary policy in the Eurozone will continue to be substantially accommodative during this whole year. The potential rise in interest rates has been delayed once again, and it will not take place during 2019 in any case. Consequently, the ECB has low maneuver margins in facing future economic crisis.

In this context, economic policy messages do matter. Chart 1 shows the negative effect that economic policy messages have had, for example, in the case of Italy, compared to the healthy performance of Portugal measured by means of the risk premium. The intention expressed by the Italian executive concerning the breach of the EU’s deficit requirements in their 2019 Budget Draft Bill, translated directly into a higher risk premium. Despite the increase in the Spanish risk premium in the last year, it has maintained a differential in its favor with respect to the Italian debt of around 150 basis points.

CHART 1. PERFORMANCE OF THE RISK PREMIUM (AGAINST GERMAN BOND). 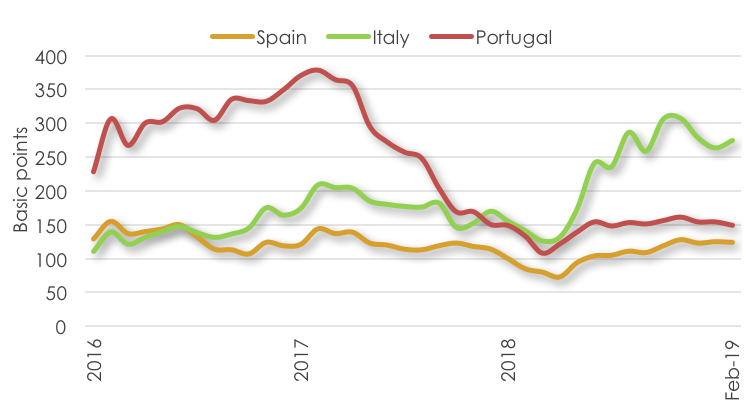 The Spanish economy continues to grow noticeably above the Eurozone average. National demand is still the most important positive differentiating aspect compared to the Eurozone. With respect to this, there is margin for recovery of consumption. Job creation continues to contribute to the increase in disposable income and consumption, although the progress of job growth has stalled in relation to previous years and the unemployment rate is still very high. Negative real interest rates will continue to support investment and recovery of the real estate market. It counts also with healthier bases than in previous expansion periods. Since 2014, it has been able to grow while maintaining a sound lending capacity towards the rest of the world.

However, it is immersed in a different phase of the economic cycle with lower expansion rates. At Equipo Económico (Ee) we estimate that GDP will grow by 2.2% and 1.9% in 2019 and 2020, respectively.

Against this backdrop, the design of economic policy must play a determining role which is key for the economy’s cyclic performance. However, on the contrary, the lack of economic reforms in the last three years and the uncertainty generated by the messages of the last few months in economic, budgetary and fiscal areas are having a negative impact.

Fiscal policy is key, and there is ample margin to act both on the side of expenses and public revenue. Nevertheless, despite the rejection of the Draft Bill for the General State Budget for 2019, increased public expenditure has been approved which will not be accompanied by a sufficient increase in revenue. The next government elected after the general election of April 28th will therefore have to make more effort on fiscal consolidation. The significant level of public and external debt requires this.

Another clear example of the impact of uncertainty, car registrations have experienced a significant drop in Spain in the last few months (see chart 2). This is a direct consequence of certain messages, at national and regional level, about a rise in taxation, a reduction in the vehicle registration tax or prohibitions for diesel vehicles. In the same way, the recurrent announcements in the last few months about modification of the tax framework, even if they are not finally implemented, affect expectations and distort the decisions made by agents.