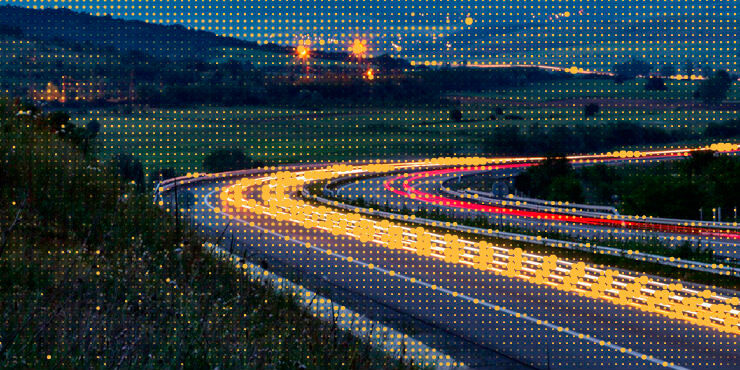 As is well known, the Italian company Atlantia has launched a takeover bid over ABERTIS, followed by a rival offer by Hochtief (ACS). This legitimate takeover bid has landed in Spain in a moment in which the frustration generated a few years earlier had still not disappeared, when the Italian authorities did everything possible in 2006 to frustrate the failed merger between ABERTIS itself and the Italian company AUTOSTRADE. All of the foregoing, not to mention the disagreements following the different Spanish business projects in Italy.

It is not easy to know it, be it because the Government was absorbed in following the adventures of Puigdemont, or because the ministers of the branch had occupied their positions little time ago, or simply because they had not devoted the necessary time to the matter, but the fact is that, following the launch of the takeover bid by Atlantia, the Spanish Government provided a certain feeling of absence. Lastly, and only a few days before ending the extensive three-month process followed by the Spanish National Securities Market Commission (CNMV) to approve the takeover bid, the Energy and Development Ministries sent the Commission certain documents, warning that Atlantia had not obtained some preliminary administrative authorisations. Despite these warnings, the CNMV authorised Atlantia’s takeover bid in October 2017. After such authorisation, the CNMV received two new notifications from the aforementioned ministries, requiring it to render Atlantia’s takeover bid ineffective. Such requests were rejected by the CNMV on 8 January 2018. On the day on which this contribution is written, we have yet to attend the following scene of this romantic drama, which could involve the unusual situation in which the Government files an appeal before the National High Court against the authorisation of the CNMV. According to certain sources, the Government’s appeal will ultimately be submitted to the courts in the obligatory period of two months. On the other hand, other sources anticipate the rejection of the hypothetical appeal by the National High Court (Audiencia Nacional) and, accordingly, they rule out that the Government wants to be involved in such an unappealing situation.

In the business world, the meaning of the change of control clause is well known, and is none other than the power to put an end to an agreement in the event of a change of controlling shareholder of any of the parties to the agreement. This clause is none other than a sophisticated way of applying the intuitu personae principle to commercial transactions, to the extent that it enables an agreement to be terminated if the subjective circumstances of the new controlling shareholder of a contractual party are not satisfactory for the remaining parties. The easiest clauses relate to the change of direct control, which is that which takes place as a result of the transfer of shares of the affected company. However, those clauses referring to the change of indirect control are more complex, that is, the upstream change of control, at the Parent, without modifying the immediate shareholder of the company that is party to the agreement. In the takeover bid of ABERTIS, we are faced with a change of indirect control at the concessionaires of the Spanish Government since, as a result of the takeover bid, the immediate shareholder of the concessionaires of the ABERTIS Group will remain unchangeable although the indirect shareholder that exercises control thereover will change.

Of course, the Government has a healthy interest in supervising who takes control of the companies that, one way or another, have a significant activity of general interest, such is the case of an administrative concession. Since the Government’s concern is reasonable to ascertain and review the financial and technical conditions of the new concessionaire, it must be taken into account that in a rule of law, such supervision can only be carried out in the manner and terms envisaged by law since, otherwise, it would lead to illegitimate administrative interference in transactions between private parties.

Despite the understandable will of the Spanish Government to have something to say in the takeover bid of ABERTIS, such desire is not supported by the Spanish legal framework which, in this area, contains certain old-fashioned provisions or provisions of a defective legislative technique. The Government considers that two types of administrative authorisations should have been obtained before authorising Atlantia’s takeover bid. One is the authorisation linked to the concession contract to provide civil and military satellite communications granted to Hispasat, a subsidiary of ABERTIS, and the other relates to toll motorway concessions of ABERTIS’s subsidiaries. On the basis of the indirect source represented by a report published by the Spanish Privatisations Advisory Board, accessible on the web page, it can be verified that the concession agreement between the Spanish Government and Hispasat only submits the “direct sale of shares” of Hispasat to authorisation. It does not state anything about authorising a change of indirect control of Hispasat shareholders. However, aside from this clause in the concession agreement, a second clause exists, this time included in the articles of association of HISPASAT. In accordance with the information contained in the takeover bid prospectus submitted by Atlantia, this second clause requires the approval of the Spanish Council of Ministers in the event of a change of control over the shareholders of HISPASAT. That is, while the concession contract only requires an authorisation in the event of a “direct sale of shares” of HISPASAT, the articles of association introduce an authorisation for a change of indirect control over the shareholders of this company. Having not had access to the concession agreement, it seems clear that this second authorising forecast does not form part of HISPASAT’s concession agreement. Accordingly, in the event of a breach thereof, at most, there will only be legal consequences among its shareholders, but not for the concession contract for satellite services.

A similar thing could be said with respect to the authorisations for toll motorway concessions, since the 1972 Motorway Law (Ley de autopistas) only subjects the assignment of such “concession agreements” to administrative authorisation. Despite this literal language, it is true that the Spanish Council of State, a high and reputed advisory body, has understood that administrative authorisation is also necessary in the cases of sales of shares leading to a change of “direct control “over the concessionaire. These rulings of the Council of State already disclosed the insufficiency of the regulation of these authorisation clauses, to the point that this advisory body called attention to this matter by informing on the drafts of the Public Procurement Laws (Leyes de Contratos del Sector Público). Lastly, and as result of these recommendations, article 270 of the 2011 Consolidated Public-Sector Contracts Law included the administrative authorisation provision referred to the case of the sale of shares of a concessionaire with a change of “direct control”.

In line with this lack of legislative harmony, article 250.1 of the new 2017 Public-Sector Contract Law, will not expressly regulate the “sale of shares” authorisation of the concessionaire with the effect of a change of direct control, rather referral is made to what is stated in each case in the concession’s Specifications while, on the other hand, the Motorway Law continues to demand that the Council of Ministers authorises the transfer of the “concession agreement”. In this muddy field of play it is clear, however, that Spanish regulations subject the transfer of “concession contracts” and, even, the “transfer of shares” of the concessionaires with a change of “direct control” to administrative authorisation. On the contrary, neither the laws currently in force nor the new 2017 Contract Law foresee any administrative authorisation for the indirect change of control over a concessionaire.

The interpretation that I make here is not merely speculative, rather, it is corroborated by the takeover bid precedents in which a change of indirect control took place over motorway concessionaires. In fact, and as the Atlantia Prospectus states, in the takeover bids launched in 2002 by ACESA and AUREA over IBERPISTAS, and in 2006 by SACYR over EUROPISTAS, the authorisations envisaged in the motorway legislation were not requested and the CNMV authorised the aforementioned transactions without problem. Furthermore, I would add another precedent, such as that of the privatisation of ENA by SEPI (Sociedad Estatal de Participationes Industriales) in 2003. This holding of concessionaires was awarded to SACYR in an auction without the authorisation envisaged in the Motorway Law being requested beforehand. To confuse the issue further, all these precedents have an exception, represented by the takeover bid launched over ITINERE. Prior to this takeover bid, administrative authorisation was requested to acquire indirect control over the concessionaires. Such authorisation to acquire ITINERE was granted by the Council of Ministers on 29 May 2009, expressly invoking article 31 of the Motorway Law, a precept which, as we indicated, exclusively refers to the assignment of the “motorway concession contract”, but does not state anything about scenarios of changes of indirect control as is the case authorised.

A new brush stroke that must be given to the analysis of the matter is that relating to the nature of the administrative authorisations commented upon. These authorisations are regulated, that is, their exclusive purpose is to review the capacity and solvency of the new concession holder, as confirmed by article 72.1.d of the 2014/24/EU Directive. Using this approach, it does not seem easy to think that the authorities can deny such authorisation if the acquirer has all the economic and technical means required as is the case of Atlantia. Furthermore, if the offeror that had launched a takeover bid over ABERTIS was a merely financial company, it would be equally difficult to justify the refusal of the authorisations to acquire ABERTIS if such offeror committed itself to maintaining the structure and means of such group and of its subsidiaries in full and intact. Specifically, if there is no change in the subjective circumstances of the concessionaire that justify the award of the concession, how could the change of ownership thereof be refused?

If we can learn any lesson from this tempestuous situation, it is the need to modernise and clarify the inappropriate system of administrative authorisations for the transfer of assets, contracts, etc., and the possible processes for a change of direct and indirect control at the holders thereof, all of course, fully complying with the principles of European Union Law. The clarity of this type of administrative intervention will provide a desirable legal security to the business transactions and make our economy much more reliable. Furthermore, if I had to take a second consequence from this whole process, this time positive, I would say that the Spanish rule of law has worked and that the independent entities such as the CNMV actually tend to act as such. This correct functioning of the institutions will enable shareholders to benefit from the best possible offer in this fought-over takeover bid, whatever the nationality of the offeror.

The force of fate is that in a serious rule of law country, the takeover bid of Atlantia was bound to be authorised. Although, the Spanish Government is not going to achieve the outcome pursued with the used means, it is necessary for the Government to continue doing everything possible to ask for reciprocity, so that our neighbour observes a real and effective non-discriminatory treatment in future projects of Spanish companies in Italy. Those from the other side of the Alps will understand this message perfectly since, not in vain, when Verdi wrote The Force of Destiny, he was inspired by the previous Spanish work Don Alvaro or The Force of Fate.