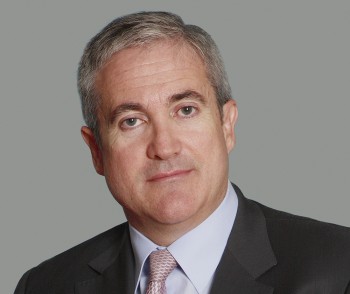 “Permanent analysis of the actual situation as a foundation for professional work.”

Salvador Ruiz Gallud is a Founding Partner and Managing Director of the Tax Area at Equipo Económico. Taxation is a key factor in any corporate strategy, given the complexity and variation in tax regulations, which requires the analysis of the tax cost of any transaction or activity. Salvador Ruiz lends his wide-ranging knowledge and experience in international and Spanish―state, autonomous and local― taxation for the handling of Spanish investments abroad and foreign investments in Spain, tax planning in general and management of tax procedures.

After holding senior positions in the Spanish Tax Agency in Barcelona and Madrid, he was Director General of the Spanish Tax Agency (AEAT) from August 2001 to April 2004. The Spanish Tax Agency is the Spanish institution responsible for managing the state tax system; it employs approximately 28,000 people and has an annual budget of approximately €1.3 billion. From this position, Salvador collaborated on the design and application of important tax reforms, including the authorization of tax instruments aimed at improving the presence of Spanish companies abroad and the attraction of foreign investment, boosting economic growth and employment, and avoiding tax fraud. At this time he also made significant improvements to the tax management system in Spain, an internationally recognized institution, and ensured the application of new technologies (Internet, neural networks, etc.) which, among other achievements, led to the current draft income tax return system.

Salvador is Director of the Master’s Degree in Tax Consultancy at ESADE in Madrid. He has significant experience as a conference speaker and lecturer on tax matters in various courses and seminars, both in Spain (Universidad Internacional Menéndez Pelayo, Universidad Complutense, Abad Oliva, etc.) and abroad (OECD, CIAT, IOTA).

He holds graduate degrees in both Economics and Law from Madrid Autonomous University and Barcelona Central University, respectively. Salvador is a state Tax Inspector (on voluntary leave of absence), and a Financial Auditor and Consultant to the International Monetary Fund.