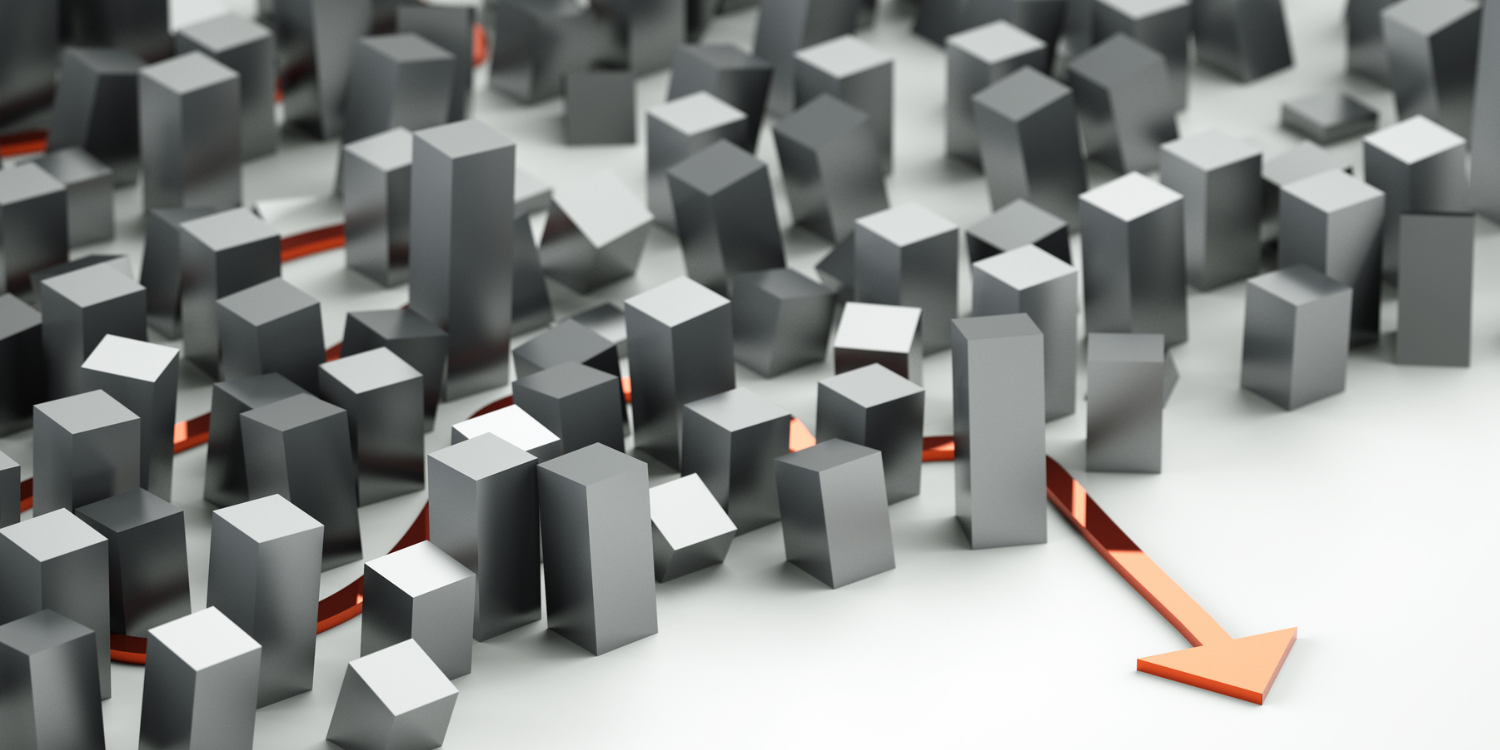 A significant part of the global economy is already careening towards a recession, given the impact of the war in Ukraine since last spring, which is added to the imbalances generated after the pandemic.

In developed countries inflation, which is at record levels, is requiring a forceful response from the monetary authorities. They will continue to pursue contractionary monetary policies, despite their negative effects in terms of increased financial volatility, impact on exchange rates and lower economic growth. On the supply side, there is a moderation in the restrictions on global value chains and the prices of raw materials, while the prices of energy inputs such as gas remain at historically very high levels.

The scenario is deteriorating very quickly, particularly in Europe, where in the coming months it could not only face a process of stagflation, but also very relevant geopolitical risks. The depth of the recession Europe will have to face in the short term will depend on the continent’s ability to access the necessary energy supplies during the autumn/winter and at what cost. As for the effects of monetary policy, sovereign bond yield spreads will also need to be closely monitored in the Euro Area, especially in the most indebted countries.

The markets are anticipating the strong monetary policy reaction with significant increases in sovereign debt rates. Also relevant is the case of other reference rates, such as the one-year Euribor, which has risen from negative ground in recent years to above 2.5%.

Meanwhile, the current situation of the Spanish economy incorporates a clear dichotomy. On the one hand, although Spain has not yet recovered its pre-pandemic Gross Domestic Product (GDP) levels, it has shown the effects of the post-pandemic recovery in the first part of the year 2022 by registering very high growth figures, which have been reflected in high social security affiliation and tax revenues. In a context where Spain continues to maintain its financing capacity with respect to the rest of the world. However, as a result of the significant international integration of our economy, all global crises end up seeping into the Spanish economy. And variables such as the sharp increase in prices and interest rates are already being passed on to the real economy.

In this scenario, at Equipo Económico (Ee) we foresee a slowdown in the Spanish economy. The more favorable outlook being experienced in the first part of this year in relation to the Covid-19 pandemic and the positive role that the tourism sector is playing will be unable to compensate for the less favorable international context, the uncertainty, and the internal imbalances affected by the consequences of the war in Ukraine and the conflict between the EU and Russia. So, with the data known to date, our projections point to a GDP growth figure, still relevant in 2022, of 4.3%, but which has virtually been entirely generated during the spring and which would be reduced to 1.9% in 2023. Spain will only attain its levels of activity prior to the Covid-19 crisis in the last quarter of 2023 and will be the last economy in the Eurozone to do so.

We estimate that the rising trajectory path of inflation will reverse only very gradually in the coming months, so that in 2022 the average Consumer Price Index (CPI) annual growth rate will stand at 9.0%. While no significant second-round effects on the labor market in the form of high wage increases are observed so far, prices would still grow by an annual average of 4.6% in 2023, with relevant sectoral differences.

Furthermore, the deterioration of the international context has highlighted certain pre-existing imbalances in the Spanish economy: price growth above the increase in GDP, as during the last two crises; the still high unemployment rate; and the misalignment of public accounts, with debt being its greatest exponent, in a context of rising interest rates. However, it should be noted that, unlike in past crises, there are no problems of lack of financing, while it also has the support offered by the European framework and the financing provided by its recovery program. 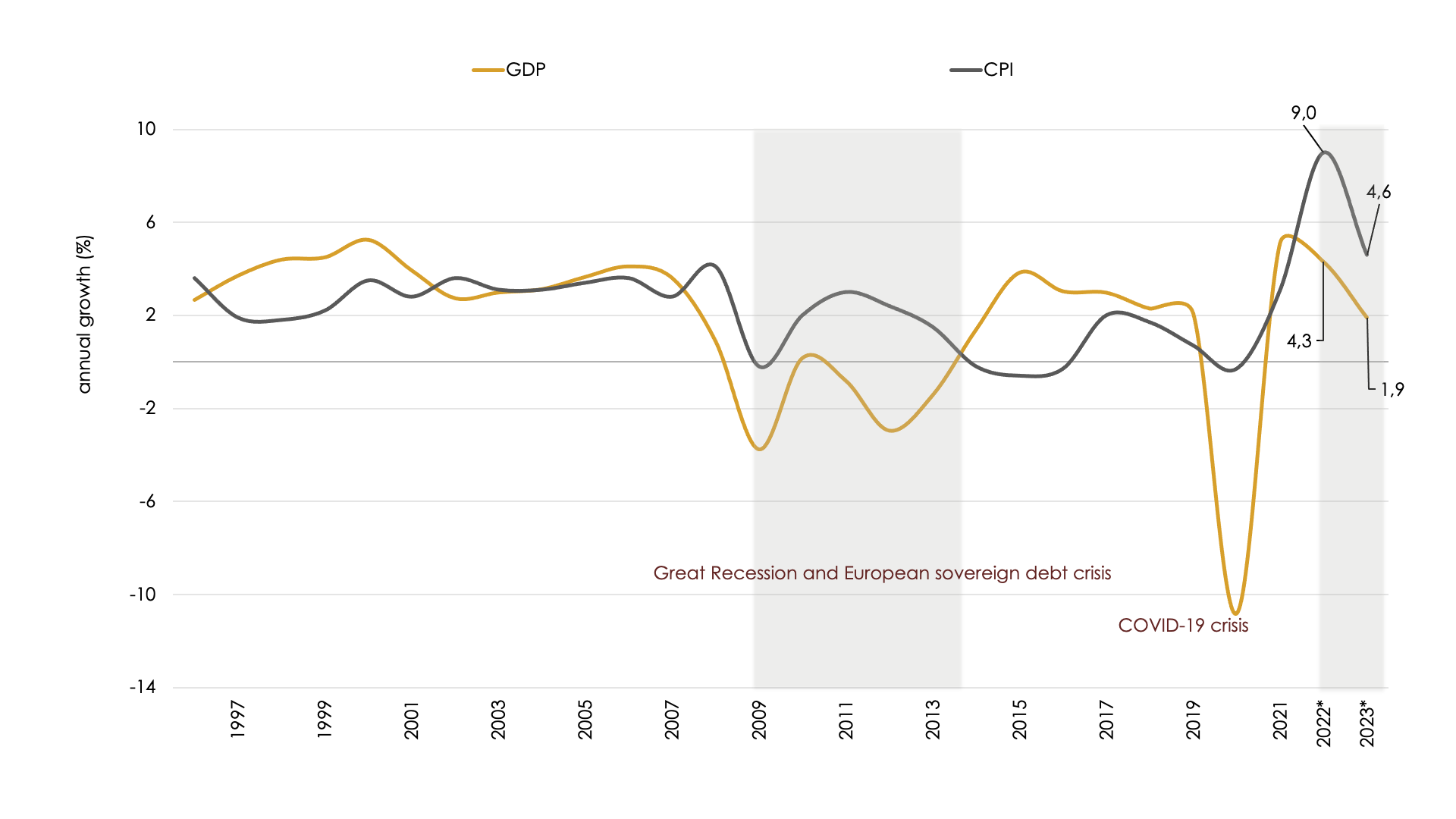 It is appropriate to highlight that the public sector has a relevant role both in controlling inflationary expectations and in establishing the necessary mechanisms for a fair distribution of the effects of inflation. In this sense, we consider that the orientation of the General State Budget Bill for 2023 is not appropriate for the current moment of the Spanish economy, among others, because it has a marked expansionary character and because it finances with temporary revenues linked to the recovery cycle after the Covid-19 crisis, increases in public spending that become structural, thus increasing the pressure on the structural deficit. However, we consider that, in the face of the very challenging current economic scenario, the response to inflation in the post-pandemic requires monetary policies, fiscal policies, and structural reforms that are consistent with each other.

to receive information on tax & legal, economic and financial interest.